The subject of Medical Cannabis is a subject of permanent controversy. Different from CBD, medical cannabis can be used as a highly effective palliative care. Let's take stock together of the progress of European legislation on Medical Cannabis.

The rise of Medical Cannabis in Europe

Medical cannabis is a growing market in Europe – but it lacks the usual regulatory framework to harmonise the marketing of medicines and ensure their safety. Peter Kohut, Director of Drug Safety at Arriello, provides a guide for the marketing of cannabis products in the diverse European market.

Medical cannabis has been shown to be effective in trials and is legally deployed in medical settings as a therapy for conditions ranging from palliative care for cancer to appetite stimulation in patients with AIDS-related wasting syndrome. Yet the regulatory approach varies considerably from one European country to another.

Even the definition of "therapeutic cannabis" is not fully accepted and there are grey areas in the terminology. CBD is a chemical found in cannabis that has medical benefits. It is the key ingredient in medical cannabis medicines approved for children and adults with a rare form of epilepsy. CBD oils and CBD supplements are also offered to over-the-counter consumers, but the effectiveness of weaker preparations intended for consumers is not proven.

Cannabidiol (CBD) is one of 113 cannabinoids identified in cannabis plants and accounts for up to 40% of the plant's extract. Clinical research on CBD includes studies on anxiety, cognition, movement disorders, and pain. CBD doesn't have the same psychoactivity as THC, the main ingredient in cannabis that gets you high.

There is an urgent need for clear policies and regulations and harmonization between territories. The world's leading cannabis exporters, including those in Canada and North America, cannot benefit from a common regulatory pathway to European markets. Cannabis represents a considerable opportunity, but the commercialization of cannabis products in the highly diversified European market is a complex challenge.

Some countries are taking up the challenge of medical cannabis

The first step in meeting this challenge is to recognise that European countries are divided into three main groups in terms of their legal framework for medical cannabis. Some countries, including the United Kingdom, the Netherlands, Poland and Portugal, have well-established legislation on medical cannabis. 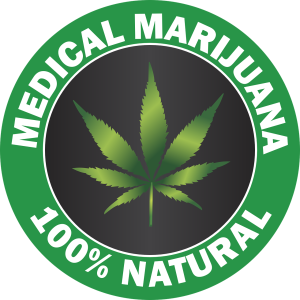 In many of these countries, the relevant legislation is fairly recent. The Greek government approved the legalization of cannabis for medical use as recently as 2018, the same year as the UK, while Germany legalized the prescription of medical cannabis by doctors in 2017.

Cyprus is governed by the Medical Cannabis Act of 2019, which states: "Patients will be supplied with medical cannabis by pharmacies upon presentation of a prescription from a medical specialist. This process ensures that patients will receive quality cannabis, under the supervision of a specialist, thus avoiding the need to obtain cannabis of dubious quality on the illegal market."

The France in an in-between

In between, there are countries that allow the supply of certain cannabis products under specific conditions. These include countries where trial periods or pilot projects are underway to explore the possibilities of using medical cannabis. In these countries, there are opportunities to market medical cannabis, with caution. 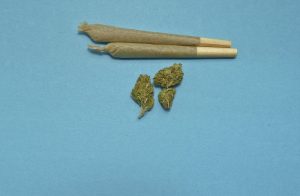 Some countries allow the importation and/or use of medical cannabis at the discretion of physicians, usually as part of a specific treatment for a given patient. In Croatia, for example, only one medicinal cannabis product containing cannabidiol is registered (Epidyolex). The only way to register cannabis there is to obtain an imported licence.

The France, Ireland and Denmark hold trial periods for medical cannabis, while in Finland, only Sativex (an oromucosal spray) is available by prescription, for patients with multiple sclerosis. CBD can be prescribed for other conditions, decided on a case-by-case basis by the Finnish Medicines Agency (FIMEA). A prescription can only be issued by a neurology expert (or doctors at a neurological clinic) and is considered a "last resort" if the patient has not responded to other medications.

While some countries have specific regulations regarding medical cannabis, in others, products containing cannabinoids that do not have formal authorization as drugs, may have a license for narcotics, as is the case in Germany, for example. Similar drug laws in other countries can provide a pathway for life sciences companies to enter these markets.

In European countries that allow medical cannabis, whether through an established law or pilot projects, there is another issue relating to the form of preparation allowed. Medical cannabis can be provided in the form of oils, capsules, dried plants or liquid solution. In addition, there is a lack of standardization in the manufacture of medical cannabis products, their ingredients and labelling.

There are other questions about how to get medical cannabis into the hands of patients. In the targeted countries, is access to medical cannabis products prescription or is it likely that some formulations are over-the-counter? Will the requirements be limited or not? Will prescriptions be reimbursed by the government or insurance companies? The answers to these questions are all essential to the development of a business case for the marketing of medical cannabis in the various territories.

The new market for medical cannabis and CBD

There is little consistency across Europe regarding when medical cannabis can be used as a medicinal product – and for what patient conditions. Clinical trials show good results for many pathologies, but there is only one European authorisation for a medical cannabis product. The European Medicines Agency has granted orphan designation to the British company GW Pharma for an Epidiolex (cannabidiol) for the treatment of Dravet syndrome and Lennox-Gastaut syndrome, rare and severe forms of epilepsy.

However, this should not prevent life sciences companies from planning their forays into the European medical cannabis market. This is a complex but growing market. The pioneers of the pharmaceutical industry have a clear path to navigate this complexity, and they have every chance of reaping big profits by committing to it early.