It is quite normal and reasonable to be concerned about cannabis-derived compounds. After all, organizations strongly claim that marijuana is addictive. As a reminder, marijuana with a high THC content is still considered a soft drug and is therefore illegal while CBD cannabis is legal up to a maximum thc content of 0.2%.But are the best CBD oils addictive?

Substance abuse and addiction are serious problems.In 2009, half of GPs reported seeing at least one opioid-dependent patient per month.

In France, cannabis is the most widely used illicit substance: 42% of adults report having used cannabis in the past. And according to the OFDT report, 3% of 18-64 year olds (4% of men and 1% of women) are affected by problematic cannabis use or addiction in France, or just over 1 million people in 2017 and these figures are increasing every year. In this report, they also focus on the youngest: the 17-year-old French population would be affected by these problems at 7%.In the United States, nearly one in ten Americans is addicted to a substance such as alcohol, cocaine or opioids.

How does addiction work?

Addiction can affect anyone at any time. A person may start using prescription opioids to manage pain and then find it difficult to stop using them and that person will soon find themselves in short supply. Another person may turn to alcohol to self-medicate for a common mental health problem like depression or anxiety. Another person could become addicted to tobacco after starting smoking to help manage stress.

Addictive substances trigger a release of dopamine in the pleasure centers of the brain. Over time, the body gradually becomes dependent on the substance and experiences withdrawal symptoms if the person stops using it. This cycle of pleasure and lack causes the person to always crave the substance he consumes and this person will start to look for it compulsively even if he knows that it has negative consequences in his life. 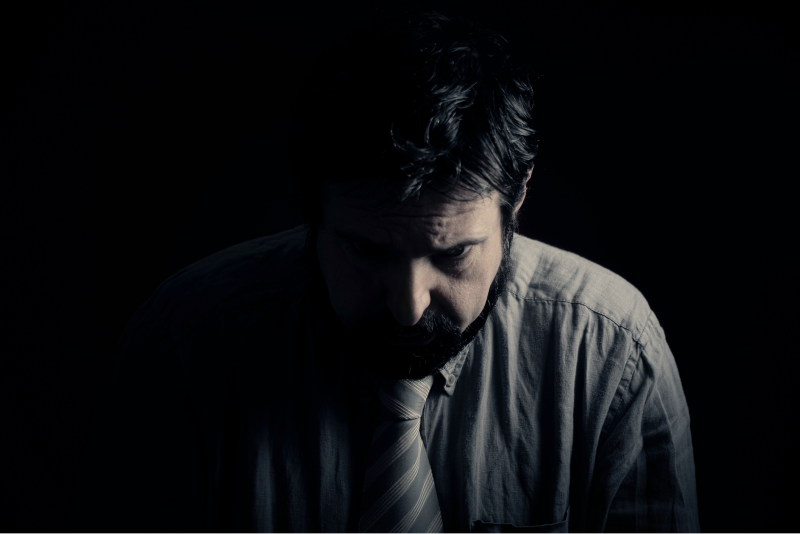 How is CBD different from addictive substances?

The cannabis plant is often associated with the image of drugs and addiction. However, it is important to know that this plant is composed of many different molecules including cannabinoids.CBD, short for cannabidiol, is part of this group of compounds just like THC. These two compounds from the same cannabis plant, when consumed, affect the body in various ways. On the other hand, only THC will represent risks of addiction because of the increase in dopamine concentrations it causes. In addition, this addiction is very much linked to the most widespread mode of consumption: smoking cannabis flowers with tobacco, which is a very addictive substance.

CBD is different from any other addictive substance. Because it doesn't produce an excessive release of dopamine, it can't get you high. This means that the euphoria associated with opioids or the intense relaxation that nicotine causes does not exist when you use CBD.

Researchers are still studying CBD and its various properties to understand how it might relieve the underlying factors of addiction (pain, mood disorders, anxiety, etc.). in a safe way and without creating an addiction itself.In fact, CBD could even help people addicted to other substances to stop, it would limit withdrawal symptoms, the urge to consume these addictive substances and relapse.

It is also important to note that when you stop consuming CBD, there are no withdrawal symptoms. In the United States, the National Institute on Drug Abuse (NIDA) even took a stand in favor of CBD, stating that CBD appeared to be safe and without addictive effects and that preliminary data suggested that it could have therapeutic value for a number of medical conditions.

Can we develop a tolerance to CBD?

With medications like opioids, developing a high tolerance is dangerous, in part because a high enough dose can kill you. However, there is no established lethal dose of CBD for humans and researchers have found that it has a low level of toxicity.

Nevertheless, concerns about the cost of increasing doses can cause people to worry about developing a tolerance to CBD. There has not been much research on the existence of a CBD tolerance effect in humans. For certain conditions, such as chronic pain related to cancer or spasticity related to multiple sclerosis, patients did not experience increased tolerance during long-term use of CBD.

Some people who use CBD still report that they have developed a tolerance over time. In other words, they need higher and higher doses to achieve the same effect of CBD.Others, however, can use CBD for years without ever needing to increase their dose.

Some people who are concerned about developing a tolerance to CBD say they have developed methods to avoid it: changing their dosing schedule, taking short breaks, or only taking CBD when they really need it for a specific symptom.

So, is CBD addictive? All scientific research and anecdotal evidence indicates that it is not. On the contrary, it promotes the balance and well-being of people suffering from a wide variety of health problems, especially the elderly.