In recent years, CBD from hemp has proven itself and continues to be very beneficial thanks to its many therapeutic properties proven and studied by multiple specialists and experts in the field.

Cannabidiol is the best known of the molecules found in hemp after THC, except that unlike THC, CBD has no psychoactive effects and poses no risk of high dependence or addiction. It is renowned and so coveted for its ability to reduce anxiety and stress, its ability to relieve certain ailments and soothe people with certain diseases. In this article we will talk about CBD for dogs.

Why talk about CBD for dogs?

Indeed, the substances present in cannabis have been at the heart of debates and controversies for several years and have been so far. Except that it is more and more sought after and studied by experts around the world, because of one of its molecules that turns out to be full of benefits, it is CBD (cannabidiol).

In reality, as cannabinoids act on a certain area of the brain common to all mammals, in other words, on a vast network of receptors called the endocannabinoid system that has a direct impact and effect on breathing, as well as the normal regulation of blood, appetite or heart rate.

This vast network works in the same way in all mammals and it is for this reason that some studies show that CBD can relieve certain ailments in dogs. One of the properties of CBD is to relieve people with diseases such as epilepsy or osteoarthritis for example, and since the consumption of this molecule does not have psychotropic effects, it is often used to relieve dogs with osteoarthritis.

Why use CBD to treat dogs with osteoarthritis?

Veterinarians usually prescribe dogs with osteoarthritis, drug solutions as well as anti-inflammatories that can cause many very undesirable side effects. These classic solutions have very bad repercussions on the kidneys as well as on the digestive system of the dog.

Thus, CBD has been representing for a few years an alternative and a natural solution, without unwanted side effects and without risk of dependence to relieve pain and symptoms related to osteoarthritis in dogs.

To be more precise and better understand why this disease can be very painful, it is actually a joint disease that often affects older dogs, the cartilage between the bones, at the joints, disappears little by little over time.

By dint of disappearing, during their joint movements, dogs have the ends of the bones that rub, which can quickly cause excruciating pain, sometimes unbearable, and it can quickly become disabling.

As you will probably have understood, dogs tend to suffer from this disease and its causes are numerous, it can be because of a congenital anomaly, as it can be because of obesity or certain shocks and traumas at the level of the joints. In recent years, many people admit to administering CBD to their dog, in order to relieve pain naturally.

Studies around CBD for dogs

In fact, it is important to clarify and note that no authority and no law so far has approved the use of CBD on dogs, for the simple reason that cbd cannot be proven 100% effective on them.

They are beings who do not express themselves, which means that the results cannot be confirmed. However, we can rely on a survey done in 2016 by the American Holistic Veterinary Medical Association to study the effectiveness of administering natural CBD products. 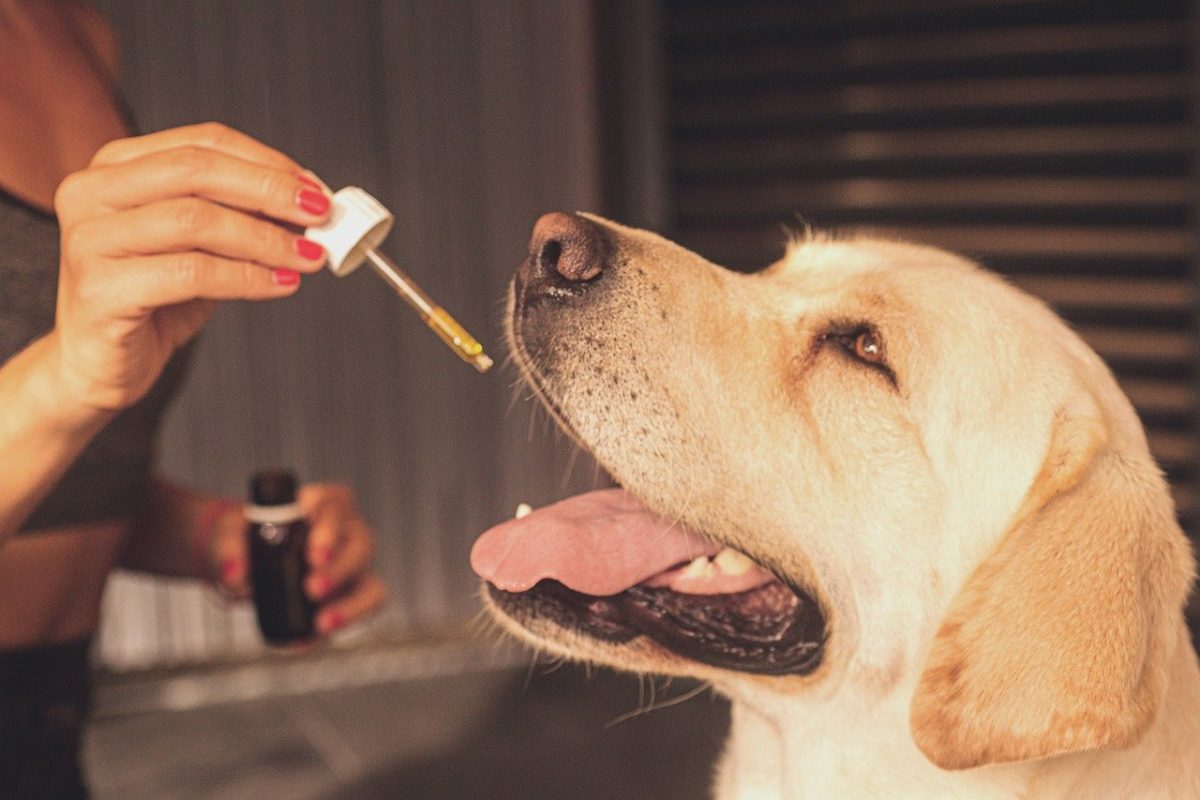 Studies around the administration of CBD to dogs are not numerous, but the few studies done so far can guarantee the benefits of this molecule to soothe dogs with osteoarthritis.

How to administer CBD to dogs?

There are two methods of use, one has the choice between oil and CBD lozenges, but it is rather recommended and better to opt for the use of the oil, because it is easier to administer. It is enough to make the dog ingest it or to put it in his food, it is ultimately a matter of choice.

For both methods, you have no worries to worry about, it remains a natural solution that will have no negative impact on your pet. Some recommendations exist from veterinarians:

Before administering CBD to your dog, go through his veterinarian and ask for his permission to avoid any complications and contraindications. Also, the dosage indicated varies from one dog to another, depending on its age, size and weight as well as the intensity of its pain. We hope you enjoyed this article and now know a little more about administering CBD to dogs with osteoarthritis.