According to the French Federation of Neurology, nearly 20% of the adult population is affected by migraine in France with a clear predominance of women, women are 3 times more affected than men. It is one of the most common neurological diseases.

Migraine, a common and disabling disease

Without a safe treatment to cure this disease to date, migraine is very disabling on a personal level. It manifests as an intense chronic headache often associated with other symptoms such as nausea, blurred vision , and increased sensitivity to light and sounds around you.

And even the most mundane activities like moving or being in the presence of noises can amplify these symptoms and make you live a hell with seizures that can last up to 72 hours.According to the World Health Organization (WHO), migraine is even one of the 20 diseases with the highest societal impact in the world because of the frequency of attacks that prevent normal activity. In France, it will occur on average 2 days a month and most people who suffer from it never seek treatment.

While some researchers currently believe that CBD holds promise for treating migraines, very ancient civilizations already used cannabis to treat headaches and many other diseases. Traces of the use of the plant were then found in traditional Chinese medicine several thousand years ago but also in Egypt to treat the pharaohs and closer to us in America and Europe in recent centuries.

Before it was banned in the United States, doctors frequently used preparations derived from the cannabis plant to treat migraines. From 1842 to 1942, doctors even preferred cannabis to other types of treatments for these severe headaches.

CBD, or cannabidiol, is one of many cannabis-derived substances called cannabinoids. Tetrahydrocannabinol, or THC, is another member of this group that is famous for its psychoactive properties. CBD, on the other hand, is not toxic and therefore does not cause the same psychoactive effects.

In the body, cannabinoids interact with a network of chemicals and receptors known as the endocannabinoid system (ECS). They are able to do this because they are very similar to the chemicals that the body naturally produces. The endocannabinoid system includes cannabinoid receptors found throughout the body, in places as varied as the brain, organs, and cells of the immune system. It plays a role in regulating various processes, from mood to the cellular life cycle. 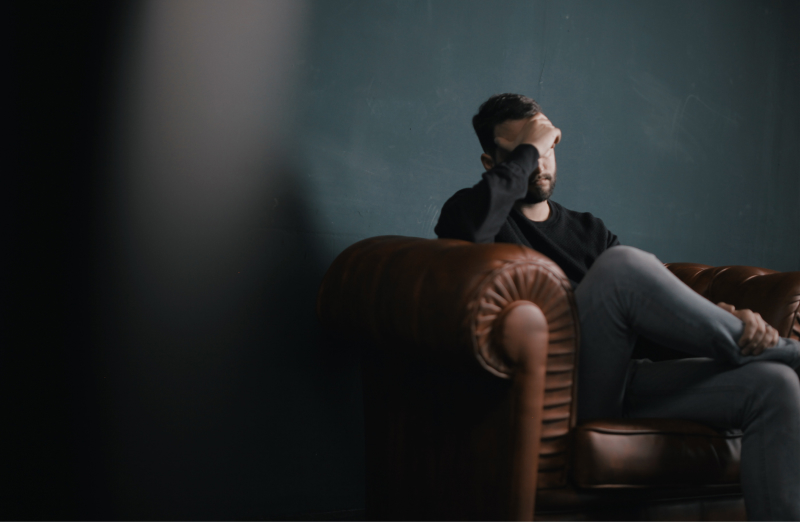 Ethan Russo, MD, one of the leading cannabis researchers, first proposed in a study that endocannabinoid deficiency could contribute to migraine, fibromyalgia and other chronic diseases that are difficult to treat.

Based on this idea, cannabinoid treatment could restore central nervous system function, also known as endocannabinoid tone, and help reduce migraines. While scientists are still understanding how CBD interacts with ECS, it appears to limit the breakdown of anandamide, an important endocannabinoid.

While few research studies had examined the use of CBD to treat migraines, a 2016 study on medical cannabis published in Pharmacotherapy showed that the frequency of migraines was halved in one test group.

Then Germany's recent decision to liberalise the use of cannabis for medical purposes has revived the political debate across Europe.

Although not yet fully recognized by doctors due to a significant lack of data, the results of an Italian study, presented at the 3rd Congress of the European Academy of Neurology (EAN) in 2017, testify to the progress made. A research team led by Dr. Maria Nicolodi, from the Interuniversity Center for Neurochemistry and Clinical Pharmacology of Idiopathic Headaches, studied the use of cannabinoids in the acute treatment of migraines and repeated headaches. "We were able to demonstrate that cannabinoids are an alternative to established treatments in migraine prevention. That said, they are only suitable for the acute treatment of headaches in patients with a history of migraine since childhood." says Dr. Maria Nicolodi.

Over 3 months, volunteer patients with chronic migraine are given a daily dose of 200mg of CBD. With this treatment, there is a decrease in pain intensity of 55% and frequency of seizures of 40.4% while causing fewer adverse side effects than conventional drug treatments.

Another study indicated that the interest of medical professionals in the use of CBD and other cannabinoids in the treatment of migraine is growing. Most of the data comes from Europe and many of them are directly provided by the many patients. It has been concluded that a low dose of CBD helps relieve pain, while higher doses can make it worse. 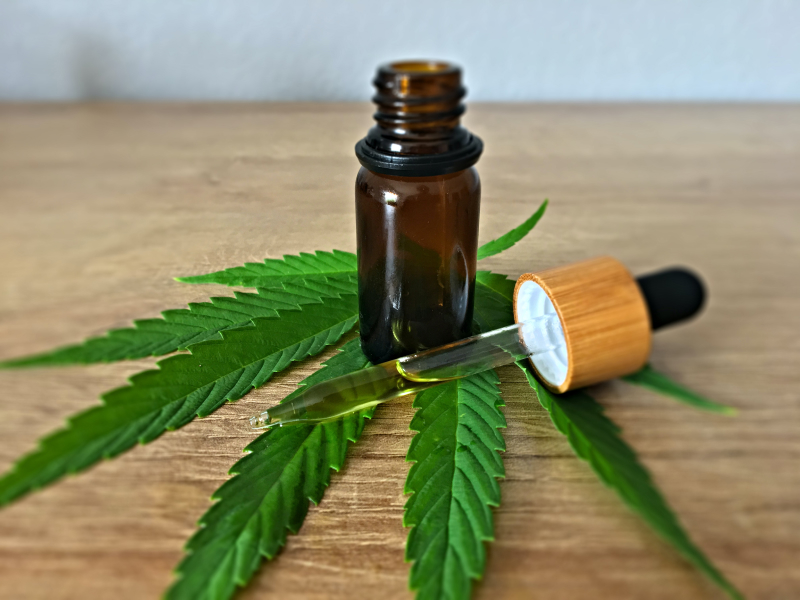 How to Use CBD Oil in the Treatment of Migraine

Regular intake of CBD oil can help restore endocannabinoid tone, which could help reduce migraines. When using CBD for the first time, experts recommend starting with low doses and increasing little by little. As written above, a study demonstrates through multiple patient data that too high doses can make the situation worse, so you should also keep a diary to control your dosages and see if CBD has any effect on your symptoms.

This method of oil ingestion involves placing droplets under the tongue for 30 to 60 seconds, allowing CBD to be absorbed into the bloodstream by the mucous tissue under the tongue. There are many other ways to consume CBD however sublingual ingestion of CBD is the most suitable for treating migraines because it has a high absorption rate and the active compounds in CBD interact with the endocannabinoid system quickly – on the order of 10 to 20 minutes.

You may also want to consider buying CBD edibles instead. This may be more favorable to people with mild but long-lasting migraines, as opposed to acute migraines.Some people also prefer the use of creams and balms that can be applied directly to the forehead for localized relief.

Your concerns about using CBD oil for migraines

Most experts agree that CBD is pretty safe to use.CBD has significant benefits for migraine sufferers, making it one of the most popular remedies for this disease. Its anti-inflammatory and analgesic properties could help relieve migraines, while its balancing effect on the endocannabinoid system could help reduce stress and anxiety.

The World Health Organization (WHO) even recently reclassified CBD, claiming that it has multiple potential medical applications with low potential for abuse.

Patients who participated in clinical trials experienced very few adverse side effects when using CBD oil. But those that have occurred have sometimes been the result of interactions with other drugs. That's because a group of liver enzymes known as cytochrome P450 (CYP) metabolizes CBD. These enzymes also break down a large number of common drugs.So, if you're taking other migraine medications, adding CBD to your diet could make the effects of your medication more or less intense than usual.

Always consult your doctor before you start using CBD oil for your migraines, especially if you are taking other medications in parallel. Your doctor may want to adjust your dosage to compensate for interactions with CYP.