For many of you, cannabis is a harmful and toxic product, but what you probably don't know is that hemp is made up of and composed of 500 cannabinoids and many active substances.

In recent years, several studies have proven and demonstrated that one of these substances is far from being harmful to health, on the contrary, its multiple benefits and virtues make it a real medical supplement that is now marketed around the world and even in France. In this article, we will talk about CBD crystals, see what exactly they are, how to consume them and we will also see how they are designed.

What are CBD crystals?

Derived from hemp, CBD (cannabidiol) crystals are very different from THC. Unlike THC, a cannabinoid is also present in the Cannabis plant, it is considered to be very harmful to health since it is a psychotropic drug that has psychic and at the same time physiological effects because of its psychoactive properties that affect and act on the psyche by altering and modifying the brain rhythm of users. Especially since it is present at a content varying from 4 to 9% in cannabis herbs (a fairly large concentration). CBD is however a very different molecule not to be confused with THC, it is highly appreciated and coveted for its virtues and its many therapeutic properties.

Several experts and specialists agree that its effectiveness has been shown to limit and prevent severe epileptic seizures in young children, and for multiple sclerosis. CBD strongly helps to reduce the stiffness of the joints and limbs. This analgesic molecule 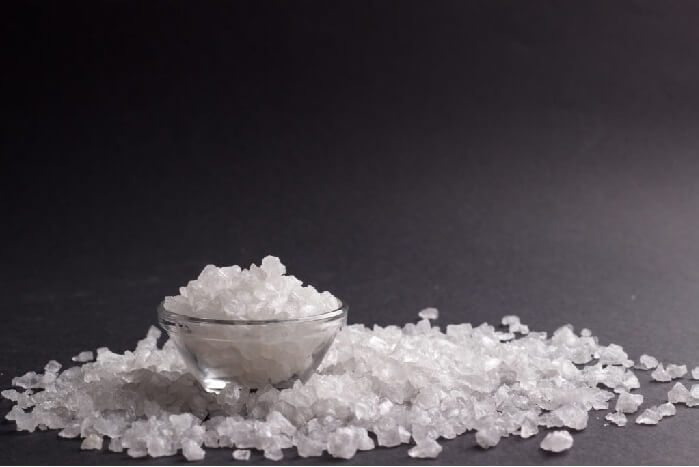 is increasingly used as a medical supplement, however, CBD should not be considered as a drug solution or a treatment in its own right. From

Moreover, research and studies on this substance so far have not been definitively completed.

However, it is not for nothing that this molecule attracts so much the pharmaceutical industries as well as the medical industries. This natural substance represents the purest form of cannabidiol that can exist, it has a rate of 99% purity ! The remaining percentage contains other cannabinoids besides THC.

CBD crystals are presented in the form of a fine powder similar to icing sugar or flour and CBD crystals are generally preferred because unlike its classic forms, oil and flower, crystals are not limited to a single mode of use. It is their versatility that makes it a quality product! You have the possibility to introduce them into your culinary recipes as you can make a natural cosmetic treatment.

How are CBD crystals produced?

As we mentioned a little earlier, this molecule comes from industrial hemp, also known as cannabis sativa or Marijuana, the most popular kind of cannabis. However, we will detail how CBD crystals are produced and see why they are often referred to as the purest form of cannabidiol. Nowadays there are several methods of making and producing these crystals, but the most common and natural is the method of CO2 extraction from hemp plants.

The process takes place in three main steps, the first step being that of extracting CBD crystals with CO2, then the next step is the purification step, during this step, we remove all other remaining substances such as chlorophyll. The last step in the crystal manufacturing process is called "wintering" and it is simply to get rid of the residues ! This results in a small crystalline powder, similar to icing sugar, which is CBD isolate. As you will have understood, it is said that it is a very pure substance since it contains almost nothing except CBD. We will now focus on the consumption of these non-addictive and very beneficial crystals.

How to consume CBD crystals?

One of the strengths of crystal CBD is, as we said a little earlier, its versatility! Its modes of use are multiple. The first method of use is to consume these crystals sublingually, it is enough to arrange a few CBD crystals under the tongue and let them pass directly through the bloodstream through mucous membranes.

The second mode of consumption is to let the crystals dissolve gently in a vegetable oil, about 1 g of crystals is enough for 10 ml of olive oil for example or coconut oil. A good method to have 100% homemade CBD vegetable oil and on top of that, at a reduced price. Another method of consumption is to enjoy your culinary recipes while consuming this very beneficial molecule! You can put it in your smoothies or in your favorite pastries! On the other hand they are complicated to use in cbd e-liquids.

Are CBD crystals allowed in France?

First of all, cannabis and CBD should not be confused, as cannabis is illegal in France and prohibited by law. CBD crystals are allowed only on one condition, they must contain no THC levels or contain very little, less than 2% in any case. That said, before consuming it, we still recommend that you consult your doctor and read the composition before buying to check the purity of the product.

Regarding the dosage, do not be afraid, CBD is not addictive and has no (or very few) adverse effects! However, in order not to waste it, adjust your dosage according to your needs and according to the effect that the crystals have on you. To summarize and better assimilate:

We hope you enjoyed this article and that you know a little more about the subject now!