How long CBD stays in your system depends on how much you've taken, how often you're consuming it, and what form of CBD you're using.

Whether you're a long-time CBD user or you're just starting out in this area, you may be wondering, "How long does CBD stay in the body?" Whether in urine, blood or hair.

The different methods of using CBD (CBD oil, infusion, resin…) produce different results. You can feel the effects of CBD quickly after inhalation. But how long does CBD stay in the body after the effects have worn off?

Whether you're taking a short break, increasing your dose, switching from one method of application to another, or just curious about what happens to CBD after it has entered the body, we'll give you all the answers.

In this article, we will talk about how CBD is absorbed, metabolized and excreted. We'll compare long-term use of CBD to short-term use, and we'll look at how this can affect how long CBD stays in your body after it's eliminated.

So, how long does CBD stay in your system?

What the research says

In a published study on pharmacology, biochemistry and behavior, 14 patients with Huntington's disease received an extremely high dose of CBD orally (10 mg/kg/day – about 700 mg/day) for six weeks. The study found that CBD levels dropped to an average of 1.5 ng/ml a week after stopping CBD. Cannabidiol levels were virtually undetectable after about a week.

The study found that the elimination period of CBD was about 2 to 5 days. There was no difference between the sexes for the lifespan of CBD in our body. The study points out that this period (half-life) is significantly shorter for people who do not consume CBD regularly. 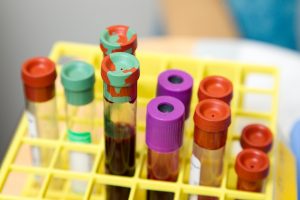 What does half-life mean?

The elimination half-life of a drug or compound is a measure commonly used in medicine to determine the time it takes for 50% of the initial dose of a compound to leave the body. Each half-life results in proportionately less elimination.

The half-life varies depending on how cbd is administered and how long it takes to use. Smoking CBD has a half-life of 31 hours and using oral CBD for long periods of time increases the half-life to 2-5 days.

The end result is that CBD used only once will be eliminated from the body in one day, while regular CBD users and those who smoke or vape to get their CBD may have to wait a week or more for the CBD to leave the body completely.

What happens when CBD is consumed in a much lower dose?

A study published in the journal Therapeutic Drug Monitoring found that 1.35 mg of CBD and 2.5 mg of THC were only detectable in the blood about 6 hours after ingestion.

It is important to keep in mind that the seven-day period may vary from person to person. The time it takes for CBD to leave your system depends on several factors, including: 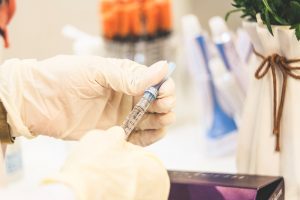 How does the body process CBD?

The elimination of CBD in your body (hair, blood, urine) is directly related to how CBD is processed by the body. In addition, this can change depending on the form of CBD used:

Things work differently in the body when you take a CBD capsule orally. The capsule material passes through the organs and is processed in the intestines and liver before reaching the systemic circulation. The low absorption of orally administered CBD is largely due to first-pass metabolism, where CBD is processed by the gut and liver. Indeed, this metabolic process degrades drugs taken by enzymes.

In addition, studies show that when CBD is absorbed with lipids, it is better absorbed by the lymphatic system. It is therefore advisable to take your CBD after a high-fat meal.

Inhaling CBD has been shown to have rapid absorption behavior, as the lungs transfer CBD directly into the bloodstream. The compound reaches the blood in a few seconds, transmitted through the capillary network.

With this method of consumption, CBD is quickly absorbed within minutes of use, but this also means that the effects of CBD are short-lived.

The average bioavailability of the inhalation route is 31%, which means that CBD tends to be absorbed into the bloodstream at a higher percentage when inhaled than when taken orally. But inhaled, CBD also disappears faster from the system.

When consumed sublingually, CBD is placed under the tongue and passes into the bloodstream through the mucous membranes and capillaries of the mouth – bypassing the digestive system and liver. This may be the case with CBD oil.

Therefore, sublingual administration will follow a similar pathway of metabolism and excretion to that of CBD inhalation or smoke.

When applied topically, CBD lotions, creams and other products are applied directly to the skin. Topical application is best for localized symptoms such as localized inflammation and pain of arthritis. Strictly topical application of CBD works locally – the CBD product used never enters the bloodstream.

How long does CBD stay in the urine?

Research on how long CBD is detectable in urine is scarce. In a 2016 study, researchers at Pacific Toxicology Laboratories in Chatsworth, California, gave various CBD-rich cannabis products to a controlled group of 15 participants. 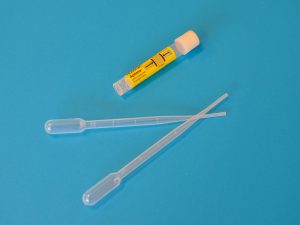 Does CBD react with other drugs?

Yes, CBD can interact with other medications – which can speed up or lengthen the time it takes for CBD to be eliminated from the body.

The very first pharmacological effect of CBD ever observed was associated with drug interactions.

General verdict: how long does CBD stay in the body?

CBD does not stay in your body for more than a week if it is consumed only once, even at the highest dose.

However, with prolonged use, CBD can remain in the body for a week or more, until it is completely eliminated. This is mainly due to the fact that CBD concentrations accumulate in the bloodstream and the storage of fat over time if they are not completely eliminated after each use.

The amount of CBD that remains in your system after a dose depends on several factors, including the type of consumption, dosage and frequency of use, as well as the use of other medications.