Terpenes are the organic hydrocarbons found in cannabis and give this plant and its flowers a variety of particular flavors and aromas. In short, terpenes are what give flowers and plants their unique and special essence. In fact, it is the defense mechanism of the cannabis plant to scare off insects or animals that wish to eat the plant.

Like essential oils, terpenes are produced in the sticky resins of the cannabis plant, where cannabinoids like THC and CBD are produced in turn. If some regular consumers perceive terpenes rather for their aromatic and creamy characteristics, these components bring the plant more benefits than a simple intense smell.

Terpenes are found in many fruits, herbs and plants. In general, these components are often used for the production of flavor and fragrance enhancers in a wide range of organic products. For example, the particular fragrant essence of cannabis, mint or lavender is produced thanks to the unique structure of the terpenes of these plants. 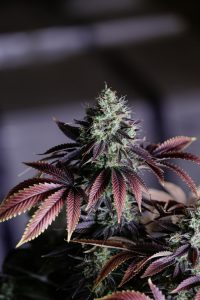 Some examples of terpenes found in cannabis

Each cannabis strain has a different terpene profile, which is itself different in concentration and structure. Below we present 4 terpenes with the highest concentrations in the cannabis plant:

Cannabis strains rich in limonene usually have a strong citrus aroma, such as lemon or orange. Taken very typically by inhalation, this terpene is widely consumed to help with weight loss, treat and prevent the onset of cancer, and relieve bronchitis. It is also one of the essential components of medicinal creams and ointments that help these products penetrate the skin more effectively. Limonene is regularly found in pepper, juniper, rosemary and citrus peel.

B-caryophyllene is the only known terpene that interacts with the endocannabinoid system and produces a spicy, woody or peppery aroma. Studies have shown that it has an anti-inflammatory response and therefore helps reduce depression, anxiety and chronic pain. B-caryophyllene is usually found in black pepper, cinnamon or basil.

This terpene is present in nearly 200 species of plants, such as mushrooms, cinnamon, mint, flowers and especially lavender. Linalool produces a floral aroma that has been shown to promote calming and relaxing effects. It is often used as a remedy for sleep and is also a precursor to vitamin E. In addition, linalool can reduce inflammation of the lungs that can be caused by diseases like Alzheimer's disease or simply smoking.

With a medium-earthy, clove or animal-like aroma, B-myrcene is the most abundant terpene produced by cannabis, constituting up to half the volume of terpene. Numerous studies have shown that this compound has anti-inflammatory and ulcer-regulating properties. It can be used as a sedative and muscle relaxant. Myrcene is also present in other plants, such as eucalyptus, hops, thyme, lemongrass and mango.

What is the entourage effect?

This effect was introduced by Raphael Mechoulam and Shimon Ben-Shabat, researchers from Israel. Depending on the entourage effect, all the natural components of cannabis, including tetrahydrocannabivarin, cannabichromene, cannabigerol, cannabidiolic acid, cannabinoids and terpenes, can act simultaneously synergistically to increase beneficial properties for the body. This means that isolated elements of marijuana are even more effective when they all work in harmony.

Thus, the use of products, especially CBD, with full spectrum has advantages. Thus we capture all the benefits of the cannabis plant whose effects are increased tenfold by working together. 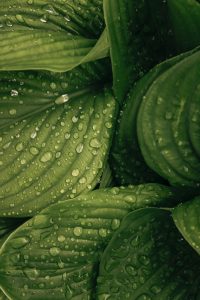 How do terpenes affect the body?

In addition to serving as a protective mechanism for plants, terpenes can affect the human body. Like cannabinoids, such as CBD and THC, terpenes can interact with the body's cellular and neuronal receptors, as well as regulate the level of neurotransmitters in the brain. By adhering to receptors in the brain, these compounds can increase dopamine activity (which regulates feelings of reward, motivation, and pleasure) or prevent low levels of serotonin. Dopamine is also known as the neurotransmitter of happiness. Therefore, terpenes, especially cannabis, have many health benefits in addition to their antidepressant effect. However, they do not have bad negative weakening effects, as sporadic or cyclic drugs usually do.

As previously stated, there are about 200 varieties of terpenes available in nature. All terpenes have different effects on the body. Among them, some types offer unique health benefits, including:

This terpene is dominant in Cannabis Sativa strains and is also found in some tropical strains. Limonene is very present in CBD products. It can help relieve depression and anxiety.

It is found in many varieties of cannabis. Myrcene has anti-inflammatory properties that help heal ulcers and can be used as a sedative and muscle relaxant.

It is the most popular treatment for people suffering from anxiety. In addition, it has been proven to help fight epilepsy and improve resistance to stress at acceptable levels.

Terpinolene has been shown to have an anti-cancer effect. In turn, terpinolene can be used in a variety of treatments, including antifungal, antibacterial, and antioxidant treatments.

Why are terpenes important?

Terpenes are important because they offer a wide range of benefits, such as anticarcinogenic, antiseptic and antimicrobial effects. Therefore, they are often used to reduce inflammation, relieve pain and promote sleep. 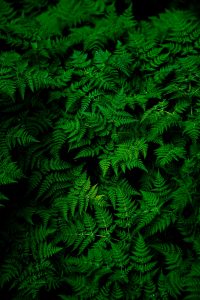 How do terpenes work with CBD?

Terpenes and CBD (cannabidiol) work synergistically to modulate and enhance the effects on health and the endocannabinoid system or ECS. For a long time, THC was considered the only psychoactive component of cannabis.

But research conducted in recent decades shows that consumers experience the maximum effect of cannabinoids and terpenes when consumed together in their natural state. This synergy between various combinations of terpenes and cannabinoids is why it is better to use full-spectrum products.

Terpenes provide benefits and benefits in addition to CBD. In addition, the synergy that exists between terpenes and CBD increases the benefits of CBD.

Thus the combination of terpenes and cannabidiol are useful for treating inflammation, pain, anxiety, depression, epilepsy, addiction, cancer and fungal and bacterial infections.

Do not hesitate to consult the terpenes present in your CBD products to maximize your effects!